French oil major Total wants to sell its 12.5% stake in a deepwater oilfield off the coast of Nigeria, industry and banking sources told Reuters.

The stake in Oil Mining Lease (OML) 118, which is located some 120 kilometers (75 miles) off the Niger River Delta, is valued at up to $750 million, two of the sources told Reuters.

Investment bank Rothschild is running the sale process for Total, the sources said. A spokeswoman for Total declined to comment, as did Rothschild, Kallanish Energy finds.

OML 118 is operated by Royal Dutch Shell, which holds a 55% interest in the lease. ExxonMobil holds a 20% stake in the block, while Italy’s Eni and Total each hold 12.5%.

The sale is part of Total’s plan to sell $5 billion of assets around the world by 2020, the sources told Reuters.

The block includes the Bonga field, Nigeria’s first deepwater project, which started in 2005 and produced roughly 225,000 barrels per day of crude oil and 150 million cubic feet per day of natural gas at its peak.

Output from the block is planned to grow sharply with the $10 billion development of the Bonga Southwest field, which is expected to produce up to 200,000 Bpd, roughly 10% of Nigeria’s current oil production.

Shell and its partners were expected to make an investment decision on Bonga Southwest last year, but uncertainty over its fiscal terms with the Nigerian government have delayed the process.

Shell in February launched a tender for bids for a 225,000 Bpd floating production, storage and offloading vessel (FPSO) for the new development phase. It has since pushed back the schedule for the bids.

The sale comes as Total prepares to expand its operations in Africa after agreeing earlier this year to buy Anadarko Petroleum’s Africa portfolio for $8.8 billion as part of its acquisition by Occidental Petroleum.

The development of Nigeria’s vast gas resources has been one of the major policy thrusts of successive governments in Nigeria.  It is worthy of note that Nigeria is blessed with resources for growth and global competition in gas. According to the Department of Petroleum Resources (DPR), Nigeria has the largest gas reserves in Africa and is ranked 9th globally – Current estimates put its proven reserves at about 200 (Tcf) and 600Tcf unproven.

Nigeria has a robust and rapidly evolving demand base. Through the  National Gas Policy (NGP) and the Nigerian Gas Master Plan, the FGN continues to focus its efforts to unlock the vast gas resources through reducing gas flaring, increasing domestic supply and utilization, while diversifying Nigeria’s economy.

In Nigeria, Chevron Nigeria Limited (CNL), the operator of the joint venture between the Nigerian National Petroleum Corporation (NNPC) and CNL ranks high among some corporate bodies that play leading role in gas development in the country. CNL has continued to receive accolades for its contributions to gas development in support of the Government’s gas development objectives.  In February 2018, at the Nigerian International Petroleum Summit (NIPS) in Abuja, Chevron received an award as the greatest contributor of domestic gas in Nigeria.

Chairman/Managing Director of CNL, Mr. Jeff Ewing explained that CNL has contributed immensely to the Nigerian government’s gas master plan through the various gas projects it has embarked on and that the company is the highest contributor of high quality gas to the domestic market in Nigeria. Also, according to the Department of Petroleum Resources (DPR), CNL supplies about 40% of Nigeria’s domestic gas consumption and the company is one of the highest contributors of high quality domestic gas in Nigeria.

Jeff noted that through investments in gathering and processing of associated gas, routine flaring has been reduced by over 90% in the last ten years in CNL’s operations. According to him, “amidst the growing global trend in gas production and utilization, the expectations for the gas sector in Nigeria remain high and provide opportunities for investment in the sector.

The opportunities include: Transitioning from an oil based economy to a more integrated oil and gas economy and end routine gas flaring;  Deliberate exploration for non-associated gas to support the Nigeria Gas Master Plan, with a focus on high liquid yield non-associated gas resources to optimize the gas development project economics.. Other opportunities include: Removing constraints in the gas to power value chain to increase investor confidence, and Supporting and enabling competitive (“Willing Buyer – Willing Seller”) gas pricing model across the chain to enable stakeholders cover their costs and be guaranteed a return on investment.

CNL’s Chairman/Managing Director explained that the company’s gas story began with the implementation of different phases of the Escravos Gas Project (EGP), with four phases of development over the years. He stated that the EGP gas gathering, and processing facilities placed CNL as one of the pioneers in creating a practical and economic solution for gas flaring in the Nigerian oil and gas industry.  Also CNL’s Sonam Field development facility is designed to process natural gas through the EGP and is expected to deliver a total of 300 million cubic feet of natural gas per day to the domestic gas market and produce over 30,000 barrels of combined Liquefied Petroleum Gas (LPG) and condensate per day

Chevron is also supportive of Nigeria’s leadership in West Africa through our partnership with the NNPC in developing and operating the West African Gas Pipeline (WAGP), a 678 km pipeline that supplies gas to Benin, Togo, and Ghana as part of a broader initiative to develop the energy sector in the region.

CNL is optimistic about the future of oil and gas business in Nigeria as the opportunities are enormous. As the Chairman/Managing Director emphasized: “Chevron has a long commitment to Nigeria. The company has been making significant investments in the country for over 50 years and it expects to do so for many more years to come. With the right policies, the enormous potential of Nigeria’s oil and gas sector can yield even greater benefits.”

Source: The Sun via EnergyMixReport

In a move Nigeria’s president hailed as a “landmark moment”, Africa’s largest oil producer approved legislation this week to bolster its share of revenues from international majors.

The authorities say the amendment — heralded as the biggest change in decades to its production sharing deals — will bring billions of dollars into state coffers as the country belatedly claims an “equitable share” of its vast natural resources.

But oil industry insiders have slammed the change as an ill-planned attempt to grab money and warn that it could prompt an exodus of investments as foreign firms turn their backs on Nigeria.

The changes redraw the Deep Offshore (and Inland Basin Production Sharing Contract) Act which been in force since it was passed in 1993 when Nigeria was under military rule.

The law mandated that the split of revenues between the state and the international oil firms should be reviewed if prices climbed over $20 per barrel.

But while crude has soared far above that point over the past two decades, a revision of the formula for revenue sharing was never carried out.

Buhari’s government have accused previous Nigerian lawmakers of having vested interests in making sure the bulk of oil revenues remained in private hands.

The new law sets a staggered “royalty rate” on crude oil sold above $20 — rising to the highest rate of 10 percent if the price reaches more than $150 a barrel — with the revenue due to the government increasing in line with oil price rises.

In a second revenue stream, oil companies will also pay a flat tax of 10 percent on off-shore fields and 7.5 percent on inland fields, within specified depths.

Buhari’s office has estimated the change will bring in at least $1.5 billion in added revenue by 2021.

But according to experts, oil companies involved in off-shore production could review their investments, reducing the revenue boost Nigeria hopes to achieve.

As oil prices slid in recent years, meaning a drop in revenue for the government, Nigeria has been steadily increasing pressure on some of the world’s biggest energy companies — Shell, Exxon Mobil, Chevron Eni, Total and CNOOC — who extract most of the crude oil in Nigeria.

About half of government spending is reliant on income from oil sales.

In mid-October Nigeria´s government controversially claimed oil multinationals owed the country $62 billion in back revenues, which the oil firms disputed.

“We have no idea how the government arrived at such an amount,” a representative of one of the major oil firms told AFP on condition of anonymity.

Since the claim, a government minister conceded the money was unlikely to be retrieved in its entirety but that a settlement could be reached.

Emerging markets expert John Ashbourne insisted that the “fiscal crisis, with the federation forced to dedicate a larger and larger share of its revenue to paying off its debts” is a factor in Nigeria changing its agreements with oil firms.

The attempt and the latest changes in the law signal a more stringent economic environment for multinationals, whose response could significantly impact Nigeria’s oil-reliant economy.

Major oil companies have long been accused of having a cosy relationship with lawmakers in Africa’s largest economy.

Despite large oil and gas reserves, the majority of people in Africa’s most populous country live in extreme poverty, on less than $1.90 a day.

Since the 2000’s there have been repeated calls to amend the 1993 law — but until the latest push the measures failed to get past Nigerian lawmakers.

A report by the Nigeria Extractive Industries Transparency Initiative said if contracts with oil companies were reviewed in 2008 Nigeria would have earned at least $16 billion in extra government revenue over the following decade.

An oil industry source, speaking to AFP on condition of anonymity, warned the bill was the “beginning of the decline of deep water investments” in the country.

“Oil companies have already started to pull out investments out of Nigeria,” he said.

Some in the oil industry claim that extracting oil from off-shore basins, drilling below the sea in Nigerian territorial waters, is already expensive and that the new amendments could make them unprofitable.

“It is possible that this new tax will push costs over the break-even point,” said Ashbourne.

But he added that oil companies tend to exaggerate their warnings of negative repercussions when they find themselves facing an increased tax bill.

“Resource firms always threaten this when faced with new taxes; but they seldom actually abandon their operations.” 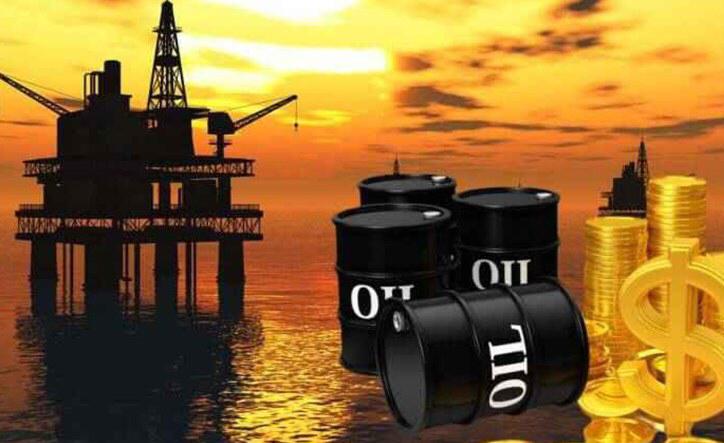