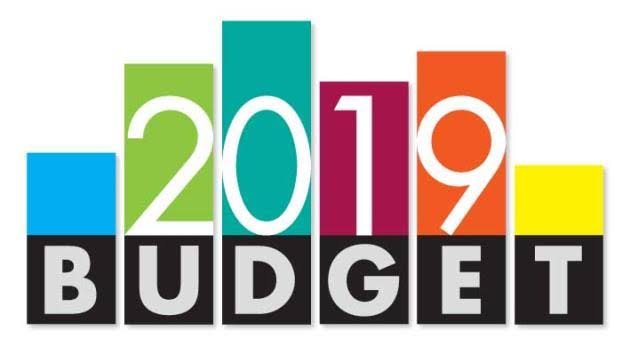 The funding constraints rocking Nigeria’s N8.916 trillion 2019 budget may take a worst turn in the months ahead following the Federal Government’s inability to meet its oil production benchmark set at 2.3 million barrels per day (bpd) in the budget.

The concern is however being aggravated by recent developments in the global oil market including declining oil prices, a sustained cut in Nigeria’s oil production quota by the Organisation of Oil Exporting Countries (OPEC), low exploration and production activities, hostilities in the Niger Delta and high cost of operations in the country relative to competitors, may limit budget implementation to less than 50 percent, particularly as efforts to attain the 2.3 bpd oil production target continues to suffer at all fronts. Despite claims by former Group Managing Director of the Nigerian National Petroleum Corporation (NNPC), Mr. Maikanti Baru, that the country was able to meet the 2.3 million bpd for 2019, figures obtained from the Central Bank of Nigeria and NNPC’s recently released documents contradicted his posturing.

“At some point our national combined production was about a million barrels (per day) but at the end of 2018, we had moved on averaging about 2.1m b/d. As I am speaking this morning, I looked at our production figures, combined oil and condensates; we are pushing 2.32 million barrels a day.”

He attributed the stability and ability of the Corporation to push production upwards to several internal and external factors including the support of the media.

The NNPC had in a presentation to the immediate past 8th Senate Committee on Finance on the 2019 – 2021 Medium Term Expenditure Framework (MTEF), disclosed that with improved security in oil bearing communities, the industry was confident of attaining the 2.3m b/d production volume-target for the 2019 budget.

The Corporation said though there is production capacity of over 2.5m b/d, the unfortunate security situation of the past made it difficult to achieve the target. However, contrary to the NNPC ex- boss’s claims, statistics obtained from the website of the Central Bank of Nigeria (CBN) indicated that, crude oil production from January to May 2019 respectively was; 1.95 million barrels per day(bpd) 1.99 million bpd, 2.02 million bpd, 1.94 million bpd and 1.94 million per day.

Nigeria’s condensate production currently oscillates between 400,000 to 600,000 barrels per day. Baru had claimed the Corporation has significantly improved its production cost from $27 per barrel cost and was looking for further reduction this year to $20 per barrel.

Last December’s OPEC announcement that Nigeria was expected to cut its crude oil production by 3.04 per cent to 1.685 million bpd in the first half of 2019( January to June), as part of efforts by the cartel to reduce oversupply actually did not help matters.

OPEC and 10 non-OPEC countries had agreed earlier in December to cut oil production by 1.2 million bpd effective, January for an initial period of six months to shore up what many expected  would weaken market fundamentals ahead in order to hedge for likely price drops.

Nigeria, which was exempted from previous cuts since January 2017, was however urged to join the deal during the cartel’s meeting on December 7 in Vienna. With a reference level of 1.738 million bpd, Nigeria’s oil production was to be cut by 53,000 barrels to arrive at the new quota of 1.685 million bpd, according to a breakdown of member quotas under new OPEC’s supply accord. This gained much traction when Saudi Arabia, pledged to lower its crude oil output to 10.311 million bpd -a 322,000 bpd cut from its October level, as evidenced by documents prepared by OPEC’s secretariat.

The document showed that OPEC would shoulder 812,000 bpd of those cuts, while the non-OPEC members would cut 383,000 bpd.

But looking at the possible impact of that policy on the country, former Minister of State for Petroleum Resources, Dr Ibe Kachikwu, said on December 7, that it was very difficult for Nigeria to reduce its crude oil production.

Kachikwu, who spoke on ‘Bloomberg Daybreak: Europe’ ahead of the OPEC meeting in Vienna, however admitted there was a need for an extension of production cuts to stabilise the global oil market.

“We have got exemption three times understandably. This time round, I think there is a decision that everybody should be seen to chip in.” “Production of 2.3 million bpd projection for 2019 may not be realistic owing to OPEC’s plan to cut production in order to shore up prices,” the Chairman, Petroleum Technology Association of Nigeria PETAN),  Mr Bank-Anthony Okoroafor, had said.

According to him, the benchmark price of $60 per barrel used for the budget is not smart, based on all the uncertainties and volatility surrounding the price of oil.

Meanwhile,  stakeholders have lamented that the unmitigated incidences of oil theft remained a major disincentive to the oil sector, warning that oil production targets, including that for 2019, would remain a mirage until the monster was tamed.

According to NNPC, the development has kept crude oil production at a suboptimal level of about 1.9 million bpd, leaving a shortfall of 400,000 bpd from the country’s projected 2.3 million bpd target for this year.

This menace had also led to over $800 million loss due to the frequent breaches on the Trans Forcados Pipeline (TFP).

In 2018, NNPC’s upstream subsidiary, Nigerian Petroleum Development Company (NPDC) lost about 60 days of production due to incessant line breaches in TFP despite having a contract in place for oil infrastructure surveillance.

A document obtained from NNPC, indicated that, in terms of production numbers, the loss  translates to over 11 million barrels of crude oil which on the face value equates to over $800 million in lost revenue to all stakeholders in the matrix which includes; NNPC, its joint venture partners and the Nigerian federation.

The company attributed the loss to daily attacks on its pipelines by suspected crude oil thieves.

“SPDC JV is currently losing about 10,000 barrels per day (bpd) of oil or N202 million daily from its pipelines to crude oil thieves in the Niger Delta.

“These attacks were on critical assets that produce the crude oil, which accounts for over 90 per cent of Nigeria’s foreign exchange earnings and the bulk of government revenue.