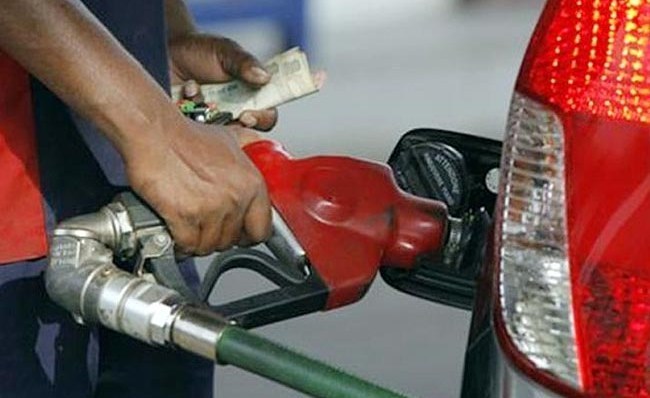 Nigerian  motorists were yesterday startled upon discovering that majority of fuel stations across the country  failed to comply with the directive of the Federal Government  reducing retail pump price of petrol from N145 per litre to N125. President Muhammadu Buhari had on Wednesday approved a reduction in the price of Premium Motor Spirit(PMS), otherwise called petrol in the wake of falling crude oil prices.

Announcing the approval for price modulation on Wednesday, the Minister of State for Petroleum Resources, Chief Timipre Sylva, in a statement, also revealed that PPPRA would be doing a monthly guide to NNPC and marketers on pricing, in line with prevailing oil market price.

But twenty four hours after the directive was given  most marketers across the country were yet to reflect the new pump price.

While a few stations in Lagos complied with the directive, others continued to sell at the old retail pump price of N145 per litre, on the pretext that the engineers to adjust the metres were being awaited.

Some managers of the independent retail outlets who spoke to Daily Sun in Lagos, said the directive was too sudden as they had yet to dispense with the old stock of N145 and could not sell at N125 as such would amount to huge losses on their part.

Ironically, the Nigerian National Petroleum Corporation (NNPC) retail outlet on Iju which ought to have taken the lead by selling at the new rate as directed by government failed to comply.

But another NNPC outlet on College Road, sold at the new approved rate of N125.

At other major marketers outlets including Mobil, Conoil, Forte, MRS and Total, compliance level was low as  some sold at the new rate, while others didn’t.

From the South-East zone, majority of fuel marketers  in Nnewi, Abakaliki and Onitsha failed to comply with the new directive. At Nnewi, Anambra State, fuel marketers refused to adjust their pump to reflect the price cut as they described the decision by the Federal Government as arbitrary.

An independent marketer in the State operating a chain of filling stations across Nnewi and environs, Chief Kenneth Maduakor, said the Federal Government ought to have given marketers advance notice.

Maduakor who is the Chairman and Chief Executive Officer of KM Oil and Gas Limited, was visibly angry as he queried the rationale behind the Federal Government’s decision to crash  fuel pump price without putting into consideration what would be the plight of the dealers who had just replenished their stock a day or two before the pronouncement.

Filling stations in Abakaliki, Ebonyi state and its environs were yet to adhere to the new pump price of Premium Motor Spirit (PMS) as approved by the Federal Government.

However, a visit to some of the  filling stations located in Abakaliki on Thursday showed that fuel stations in the state  were still selling at the old  price of 145 naira per liter.

A fuel dealer in the state who pleaded anonymity told our correspondent that they could not sell at the new price since  they bought a higher depot price.

He said, “we can not sell at 125 naira per liter now because what we have is old stock. We did not buy at that amount. There will be great loss for us  if we sell what we bought at N145 for N125. We are not saying that we are not going to sell at N125, but that would be after selling our current stock. A tricycle operator who spoke to Daily Sun however applauded the Federal Government for the reduction of fuel price, adding that  it will  reduce the cost of goods and services.

The operator who gave his name as Uguru, however said government should not stop at approving the reduction alone, but should also enforce the new price.

He said: ‘’I like the reduction. But it does not end there. As you can see no filling station is selling at N125 now. And they will not do so until they are forced. So government has to force them to sell at the new priceof N125, if not,  it will just be on paper and on radio without people enjoying it’’

In Awka, the Anambra State capital, many filling stations were yet to adjust to the new price regime announced by the Federal Government.

At Femas Filling Station on the popular Aroma Junction, fuel was being sold at the  old price of N145.

One of the attendants, when asked why the station has not adjusted to the new price, simply said that she had no idea of any price change.

“We are still selling at N145” she told Daily Sun even as she moved on to attend to a buyer.

At NIPCO Filling Station in the same Aroma Junction along Ifite Road, fuel was still sold at N145 as at the time of filing this report.

When Daily Sun visited Sinai Oil and Gas at the popular UNIZIK Junction along Enugu–Onitsha Expressway, the story was the same. A staff of the station retorted when this reporter asked why the station still sold petrol at N145.

The pump attendant utterances suggested that the management of the station would be willing to abide by the Federal Government’s directive but would be deterred by certain factors.