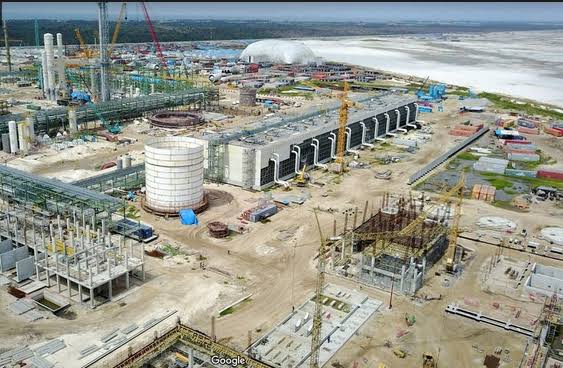 Nigeria’s inefficient ports have hampered the progress of what will be Africa’s largest oil refinery. Executives of the plant on Monday cited problems with importing steel and other equipment as a reason for the delays.

A consultant commissioned by the Lagos Chamber of Commerce and Industry (LCCI) to co-write a report on Nigeria’s ports last year, Femi Ademola, said: “The reasons for the delay in completing the refinery include the challenges with port capacity to berth heavy equipment,”

Ademola expects that the refinery will be operational in 2021/2022 after 2020 completion.

Aliko Dangote, who first announced his plans for a new oil refinery in late 2013, is battling against conditions at the ports to avoid further delays.

Initially planned to start production in 2016, the refinery deadline slipped to the end of 2019 after a change of location. In August, Reuters reported that industry insiders now don’t expect fuel output before 2022.

An offshore manager with Africa Port Services, Demola Akinkunmi, told Hellenic Shipping News in March that equipment being imported for the construction of the refinery was blocking up the country’s ports.

The equipment is being stored at the ports until needed at the construction site, he said. That is causing delays for all other imports, with shipowners being charged $20,000 a day as they wait to unload.

Ademola agrees that the importation of heavy equipment and materials used for the construction of the refinery may be putting pressure on Lagos ports – though the new Lekki deep water port, scheduled for completion in 2020, will free up the current port facilities once it is completed.

The Lekki location is intended to enable fast transshipment of refined products to international markets, which could help turn Nigeria into a net exporter of fuel. Ademola is optimistic in the long term, arguing that the refinery will be worth the wait.

In its July newsletter, the LCCI implored the government to address the poor quality of the roads leading in and out of the country’s ports.

Source: The Nation Via EnergyMixReport