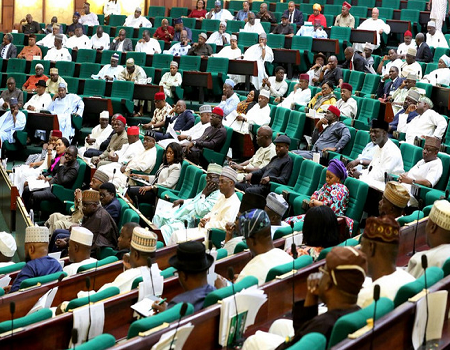 The House of Representatives on Tuesday summoned Managing Directors/Chief Executive Officers of 14 major oil companies operating in Nigeria in the bid to avert breakdown of law and order in the oil-producing communities in Delta, Abia, Imo, Bayelsa, Rivers among others.

While frowning at the failure of the concerned authorities to honour the invitations sent by the Committee, Hon. Ossai observed that: “They have disrespected the House of Representatives by not appearing even last week and this week. And this Committee will not fail to deal with the issue squarely.”

The petitioners led by traditional rulers drawn from the affected communities solicited for the Committee’s intervention on the alleged flagrant disregard for the Memorandum of Understanding MOUs signed by the IOCS and host communities.More in Home

The community leaders also accused that both past and present Managing Directors and top managers of the major IOCs including Shell Petroleum Development Company (SPDC), Nigeria Agip Oil Company (NAOC), Chevron Nigeria Limited CNL and Exxon-Mobil Nigeria Limited and other IOCs of fraud in the implementation of MoUs, adding that they had shown disregard for honouring agreements.

At the hearing, representatives of Okiama and Fierebagha communities of Bayelsa State, Mr Ogiri Samuel, and those of Ohaji and Ugwuta communities of Imo State, Mr Isidore Nwabali, said that no form of community development project including roads, potable water and healthcare services had been implemented by these IOCs in their areas.

However, representative and General Manager, Public Affairs of the Nigeria Ship Oil Company NAOC, Callista Azuogu, has refuted the allegations by the oil host communities saying that it had entered into and implemented 115 MOUs in those areas.

Speaking on behalf of 12 communities known as Etche 2 cluster in Rivers State, Mr Okere, alleged that SPDC has been operating in the community since the 1950s with no projects on the ground for the benefits of the people.

He said that the company imposed the Global Memorandum of Understanding, GMoU it signed with them, lamenting that they defaulted in many areas of its provisions.

“They prepared and lord it on the community. If you refuse, they rather shut down the clusters. We need to apply to get this document.

“For a cluster of 9 with 69 oil communities, N110 million is shared amongst the communities, when you put all these, you know what is accruable is minimal,” he said.

On his part, Hon. Isdor Nwabagbara who spoke on behalf of Ohaji Egbema and Uguta in Imo State argued that SPDC refused to sign an MoU with them.

“I am shocked to hear that there is anything called MoU, since Shell came in 1973, no single project has done by Shell in Ohaji,” he said.

While expressing concern over the development, Hon. Ossai stressed the need for all the oil companies operating in the region to engage the communities with the view to engender peace in the area.

While speaking on the plight of the people of Okioma community from Southern Ijaw Local Government, Pastor Igiri Samuel accused Agip of failing developmental project despite signing an agreement with the community.

He said: “The last MoU was signed in 2009. No other projects. Only intervention projects, an extension of light. In term of employment, it is zero. From 1989 till date, nobody has been employed.”

On his part, Chief Isaiah Young Dede from Nembe Kingdom of Bayelsa State also decried the action of AGIP.

“There are 123 oil wells located in our area. Agip only signed one document and has not been implemented it,” he said.

He said: “We have 300 host communities both transit and host. They have access to power: in Imo Bayelsa, Delta.

“We supply power from our flow stations free of charge to the communities. They have access to water. We ensure that we live together. Before now, we had no fence because we believe that communities cannot attack us.

“On the areas of employment and empowerment, most of our projects are done by the communities, most of our employees are from the Niger Delta,” he informed the Committee.

While giving the position of Chevron, the company represented the General Manager, Policy, Government/Public Affairs, Mr Esimaje Brikin stated that they involved the communities through the GMoU to determine their needs, the communities said there were issues of unemployment and funding.

He, however, noted that the oil company had an opportunity for an internship but did not extend it to host communities, adding that there were also denied supply even tissue papers.

While reacting to the position of Exxon Mobil, Elder Jones Mkpa, who spoke on behalf of Okorutit village in Ibeno Local Government Area of Akwa Ibom threatened that: “Our youths will block the road and the organization will call in soldiers. There are no community projects and there is agitation every time by the youths. No peace in the community.”

However, there was a mild protest by the host community during the presentation of the Managing Director of Total Exploration Oil Company, Mr Energia Leslie, who explained that the Company always carried their host communities along in the implementation of its agreement.

In a swift reaction to his presentation, representatives of Eleogu community alleged that the oil company refused to implement the proposed scholarship scheme stipulated in the agreement.

While ruling, Hon. Ossai directed management team of 14 oil companies to appear before the Committee next week Tuesday to give details of the agreement they have with their host communities.