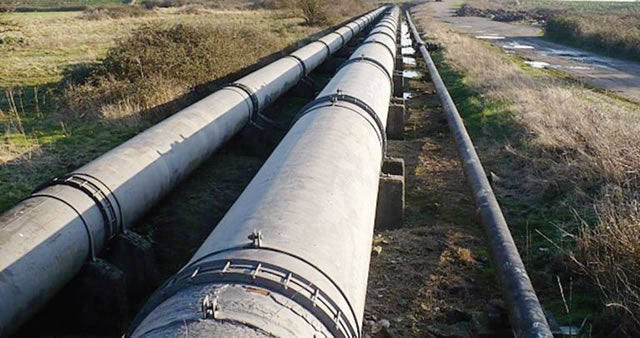 The commander of Agbado/Oke Odo Unit, Mr Malik Ojetola, said in a statement on Sunday that the unit rushed to the scene after received a distress call from members of the affected community.

“A distress call was received from the CDA on Sunday at 6.30 a.m that petrol was gushing out of an oil pipeline at Ola Mummy – Aboru.

“On getting to the spot, we discovered that the fuel was not gushing out directly from an NNPC pipeline but a location adjacent – about 50ft from the NNPC pipeline.

“The attached pipe has a tap-like valve permanently opened where it is connected to the pipeline.

“The other end of the attached pipe also has a tap valve normally used to open and close the flow of the fuel.

“Firefighters from the Lagos State Fire Service and Lagos State Emergency Management Agency later joined the team on ground to avert explosion and prevent any casualty.

“The maintenance work was completed around 2.12 p.m.”